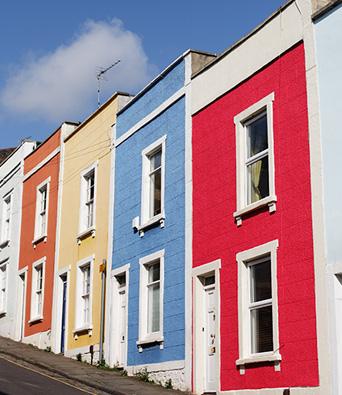 Debt is not something many people like to dwell on, but with new figures showing the average Australian household owes around $245,000 in debt, for most Australians it has become a way of life.

The latest AMP Natsem Report, has found that Australian household debt has been growing at a staggering rate and is now four times what it was 27 years ago.

The report shows household debt has grown well beyond income, with the average Australian household now owing 1.8 times as much debt as their annual disposable income.

In 1988, the average Australian household could have paid off all its debt with the after-tax income it earned in eight months – today it would take almost two years.

It’s important however to know that debt is not always a dirty word – in fact, if it’s the right kind of debt, it can actually help you to produce more income and build assets. It’s a simple concept: good debt can create wealth and bad debt reduces it.

If you borrow to invest, and the investment earns money, debts can be paid off from the earnings. In this way, the debt is actually working for you.

On the other hand, if you borrow for a new car or overseas holiday, or use credit cards for day-to-day expenses and to buy the latest TV, you can be behind in two ways – you’re left with something that loses value, while having to afford high interest payments. This is bad debt.

While it’s not always possible to avoid bad debt, it is well worth trying to reduce it and then keep it under control.

If you’re trying to win the battle against debt, consider paying off any non-tax deductible ‘bad debt’ first, such as credit cards, personal loans and your mortgage. It’s useful to prioritise your bad debts and work out which ones are costing you the most in interest, penalties or fees, then start repaying them in order of priority.

Even though your biggest debt – your home – will most likely increase in value and is a good asset to have, it usually doesn’t generate an income and the loan interest charges are not tax deductible, which is why it’s important to reduce your home loan as quickly as possible.

If you have a lot of small debts, in some cases it’s useful to consolidate them into one loan so you get a clearer picture of what you owe and potentially reduce the interest repayments to help you repay the debt sooner.

And while it’s important to reward yourself for your hard work, if you do receive a lump sum of money, say from a tax return or bonus at work, as tempting as it might be to treat yourself you’ll probably be better off in the long-term by using it to pay off any non-deductible debt.

*Greg Major is an Authorised Representative of AMP Financial Planning Pty Ltd, ABN 89 051 208 327, AFS Licence No. 232706. Any advice given is general only and has not taken into account your objectives, financial situation or needs.  Because of this, before acting on any advice, you should consult a financial planner to consider how appropriate the advice is to your objectives, financial situation and needs.